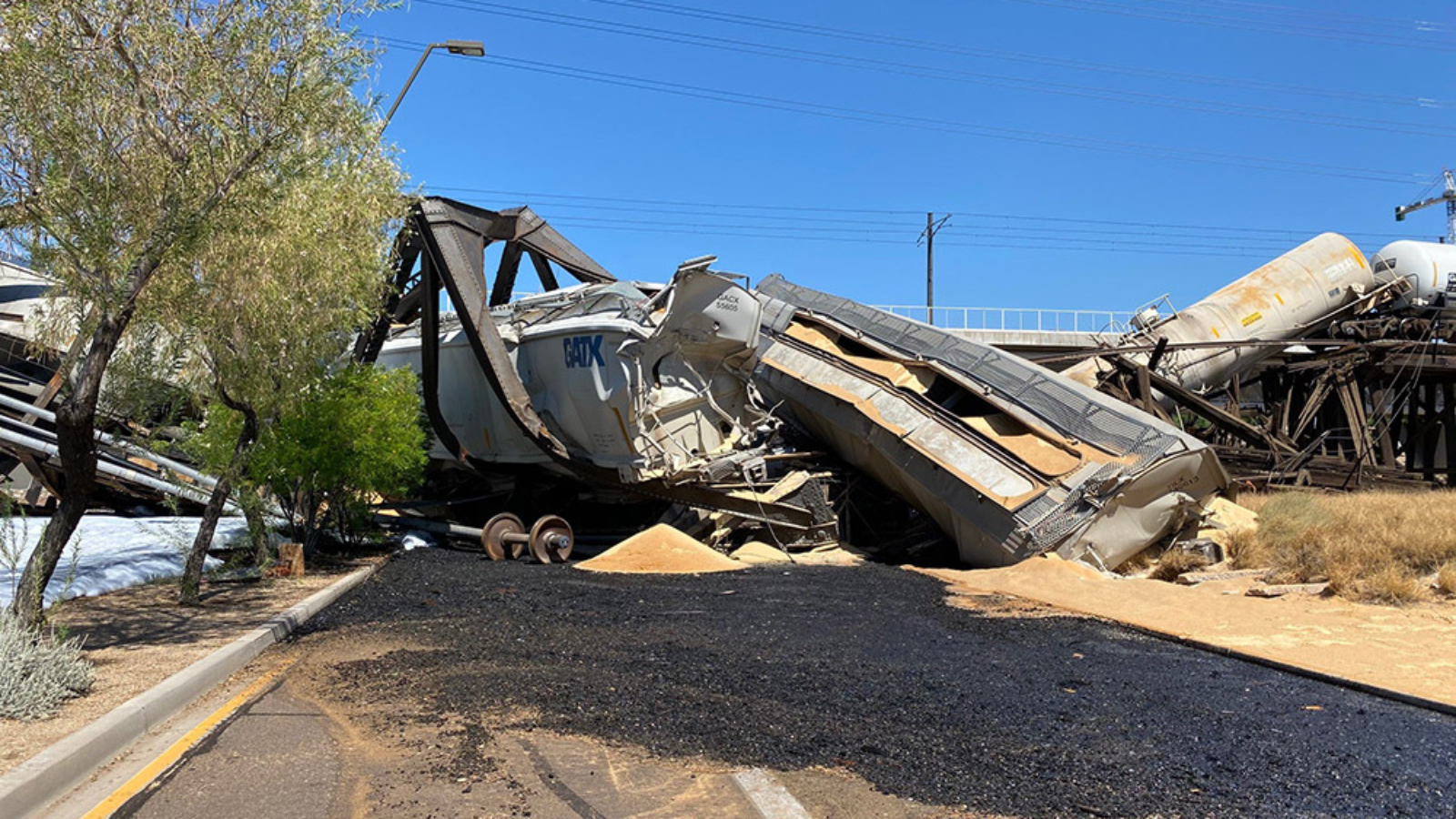 On July 29, 2020, a bridge over Tempe Town Lake caught fire and partially collapsed after a train derailed. Tempe Fire Department officials said the derailment happened around 6:09 a.m. and involved a Union Pacific train.

The BPG splicing team had just finished their normal night shift when Kory Setzke, our Project Manager,  received a call from one of our clients. The client, the BPG Construction and Tech Teams were well aware of the severity of this accident and the potential outages for client due to fiber breaking, especially since this involved long-haul network connectivity. Long-haul fiber is usually built along railroad tracks as it connects other cities and states such as Tucson and California, unlike the metro fiber network. At the time of the accident, no fiber strands had broken, but the BPG teams understood that the fiber would be sheared in half once the rescue workers removed the damaged train from the accident site and valuable time could be saved by prepping accordingly. BPG was tasked with rerouting the Long-haul fiber into the Metro Fiber Network to bypass the damage.

Our Project Manager immediately started to reach out to the splicing team to gather a team to respond to the incident. The splicing team met at the yard to pick up four of our splicing trailers. They then met the construction team close by the crash site by 9am. The construction team was already doing their part to assess the situation and to begin trenching new conduit to allow the connection of new fiber cable between the long-haul and Metro fiber network.

Throughout the day, while prepping, splice crew members were taking breaks in the trailers to get out of the heat and even to take short naps, since this was going to be a long day and night, after having worked a full shift already. At 10 pm the rescue team started moving the damaged train cars, and the fiber went down as anticipated. Three Network Cabling Companies were affected. Our client, who works exclusively with BPG was the first one to be up and running again! Great job, BPG!

“This was one of the most unique fiber outages I have experienced,” our Project Manager explained. “I was extremely impressed with the construction and splicing departments for their teamwork and their willingness to do whatever it took to get the job done. It is awesome to see how the BPG team provides turn-key services for our clients, even in emergency situations. Our client was on site the entire time and even with the splicing team during the cutover to help determine the best possible splicing plan. We had not had such a fire drill in quite a while, and it was very encouraging to see the entire team step up and work together so well.”